Good Morning. I have been moved and touched so many times since God placed me and my son at Wellspring Church. Yesterday was Amazing! and I felt compelled to write and say Thank You! Pastor Trey. Talk about timing… I am a special education teacher in Horry County schools. I never thought I would work in the school I was hired, but this was to be my school. I embraced … Read More

My boyfriend and I started going to Wellspring last Easter. After we had our daughter, church became less of a priority and life became difficult. We had been dating for only a few months when we became pregnant, both of us still recovering from divorce, financially and emotionally, and with a little boy from my marriage. It was difficult. It was happy/exciting in some ways, as both of us were … Read More

Alongside our new website launch, we’re also releasing a new feature to users called “Push Notifications”. Push Notifications will allow you to receive updates right on your desktop or mobile device, keeping you informed without the need to check your email. To sign up for notifications simply click the “Allow” button when your browser asks if you would like to receive notifications. Alternatively, if you did not get the browser … Read More

I grew up in a home where both of my parents were Deaf. They were good parents. I think they did a good job of teaching me right from wrong. However, I think they used their deafness as an excuse not to go to church, so we didn’t. By the time I reached 15, my Mom decided that she and I would move from NJ to Greenville, SC to be … Read More

My story is short, well sort of. I’m Alex. I am 14 years old and I have been attending and serving at Wellspring for a few months now. When I was younger I wasn’t the most popular kid. I was bullied a bit, but the place I felt the most judged was at the church I was attending. It was a southern baptist church in NC. The strict rules and … Read More

In 2007 God saved my life. I was a fugitive for three and a half years, a member of the crips, a drug trafficker, and was a drug addict. I thought I was trapped and couldn’t get out. I knew I was going to jail or someone was going to kill me. I talked to my aunt about all this, she told me to call on the name of the … Read More

We have been to sooooo many churches and I almost gave up on ever finding a place we belong or felt called to be. I honestly was expecting more of the same when I arrived at Wellspring but desperately hoping it would be different. It was different. From your greeters to helpers, you all made us feel welcome in a very balanced way. What I mean by that is that … Read More

I want you to know that your actions have not gone unnoticed and I truly appreciate all that you have done (intentionally and unintentionally) for me. Firstly, thank you for seeing the need for Jesus in my life and welcoming into the world of wellspring church. With this one action, one simple invitation, you have honestly changed the course of my life. I love being a part of the church … Read More 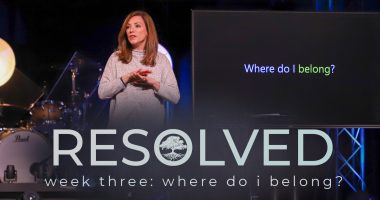 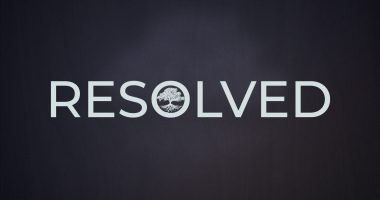