I guess to explain How I got to where I am it helps to understand where I was. I grew up in NJ going to Catholic church up until my later teen years when I was old enough to decide If I wanted to continue, I chose not to. I never felt close to God, I went through the classes and made my sacraments, but it all felt so cold and like an obligation, not because of how I felt or what I believed. I’m now in my early 30s and while I considered myself to have beliefs and faith, I have not gone to church in almost 15 years. I moved to Myrtle at the end of 2015, began working in Occupational therapy which is very rewarding and I love it. Even though I have my family nearby now and a very satisfying career, something was missing. I did not know what…My mom told me about Wellspring and how much she enjoys it and how much I’d love it. After months of making excuses-my anxiety and some kind of lack of fulfillment reached a point that I decided to go with her. This was January of this year. What a change from my Catholic upbringing! I was so glad I came and realized very quickly Gods plan was at work and I was brought to this Church for a reason. Since I have been coming I feel “lighter” for lack of a better word, the sermons and whole atmosphere are just so welcoming and enjoyable. Everyone was so welcoming and the sermons Pastor Trey speaks each week have reached me in a way that is unfamiliar but wonderful! I have never heard the words of the bible explained this way, and put into real life examples and felt such a connection of how God wants me to live and what he wants my life to be. Easter service changed me, I cannot pinpoint exactly what it was but something clicked. I cried on my drive home and was so emotional and just felt like I finally made the connection. It was very powerful! The next week when Pastor Trey said some did not plan on being baptized today but you will, he was right. My heart was pounding, I was scared, but this phrase he spoke was life changing for me “If you overthink, you will under act” I have never had a sentance make so much sense to me in my life. I always worry, overthink and absolutely under act because of fear. My anxiety went away and I cried and walked out to an amazing group of people who supported me, and I got changed and I went up and was baptized. It felt liberating to live in the moment and go with what I had been feeling since Easter service and indeed was such a wonderful symbol to this new connection I feel. The symbol of being baptized has really helped me feel renewed and truly “Rescued.” I’m so excited for the next steps in my Faith, I already feel amazing, less stressed, and worried because my path to Christ and the life God has for me has finally begun and I feel so blessed to become part of the Wellspring Family. 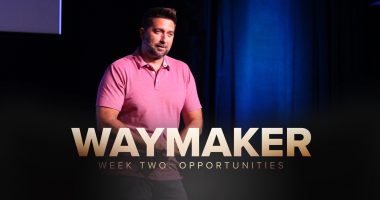 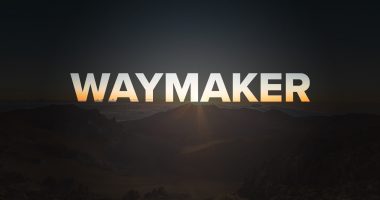